Earlier this year the Falcon community celebrated the web framework’s landmark 1.0 release. It takes a surprising amount of effort to make something simple and elegant, and I want to personally thank the many people who have helped us reach this point through their generous support and contributions to the project over the past few years.

When it comes to web development, there are many options to choose from within the Python community. This is actually a good problem to have, since it gives you a better chance of finding the right tool for the job. We’ve worked hard to make Falcon a useful, complementary addition to any Python web developer’s toolbox.

Some web developers choose Falcon when the job calls for high performance. For example, they may develop a performance-sensitive microservice in Falcon to complement their Django app. Falcon also works great for developing high-throughput cloud services, microservices, and app backends.

Other web developers choose Falcon when they need low-level control over the way requests are processed. They appreciate how Falcon embraces HTTP instead of paving over it. Falcon makes it easier to reason about the application and to diagnose errors, which is especially helpful in large-scale production deployments.

Finally, web developers choose Falcon due to its clean, well-documented source code. We’ve worked hard to make it easy to understand the code and to contribute improvements and add-ons. Developers have noted the educational aspects of the Falcon framework; reading its source is a great way to learn more about WSGI, HTTP, Python programming idioms, and performance tuning.

No tool is perfect, and Falcon is certainly no exception. But the framework has already come a long way and I’m excited to see what the future will bring. If you’d like to help us create that future, please consider joining the discussion and contributing a PR or two. Or, if you’ve created an add-on please consider listing it on our wiki. Thanks!

Recently we released version 1.1 of the Falcon web framework. Many thanks to everyone in the community who contributed to the 1.0 and 1.1 releases!

Here are some highlights:

Please note: For a complete list of changes, including breaking changes and bug fixes, please see the changelog for version 1.0.

A code of conduct was added to solidify our community’s commitment to sustaining a welcoming, respectful culture. This was not done in response to a specific incident, but rather as a proactive measure to nip any potential problems in the bud as our community grows.

Note, however, that using different field names will still cause a conflict:

New access_route and remote_addr properties were added to the Request class for getting upstream IP addresses:

The Response class was given a get_header() method to give apps a way to check if a header has already been set:

Also, as of Falcon 1.0 both the Request and Response classes support range header units other than bytes:

HTTP_422, HTTP_428, HTTP_429, HTTP_431, HTTP_451, and HTTP_511 were added to the falcon module. We also added three additional error classes, namely HTTPUnprocessableEntity, HTTPTooManyRequests, and HTTPUnavailableForLegalReasons. (The fact that some developers need that last one makes me sad, but unfortunately this is the world we live in.)

The HTTPStatus class is now available directly under the falcon module, and has been properly documented. Furthermore, support for HTTP redirections was added via a set of HTTPStatus subclasses to avoid the problem of hooks and responder methods possibly overriding the redirect. Raising an instance of one of these new redirection classes will short-circuit request processing, similar to raising an instance of HTTPError.

Also, the default 404 responder now raises an instance of HTTPError instead of manipulating the response object directly. This makes it possible to customize the response body using a custom error handler or serializer.

Please note that the previous testing framework is now deprecated and will be removed in a future release. Several of Falcon’s own tests have been ported to use the new framework, with the remainder to be ported in subsequent releases.

Since 1.0 was a major release, we took the opportunity to clean up a few rough edges. Rather than list all the breaking changes here, I’ll just highlight one in particular.

In 1.0 an option was added to toggle automatic parsing of form params. Falcon will no longer automatically parse, by default, requests that have the content type “application/x-www-form-urlencoded”. This was done to avoid unintended side-effects that may arise from consuming the request stream. It also makes it more straightforward for applications to customize and extend the handling of form submissions. Applications that require this functionality must re-enable it explicitly, by setting a new request option that was added for that purpose:

A full list of 1.0 breaking changes is included in the changelog.

Please note: For a complete list of changes, including bug fixes, please see the changelog for version 1.1. 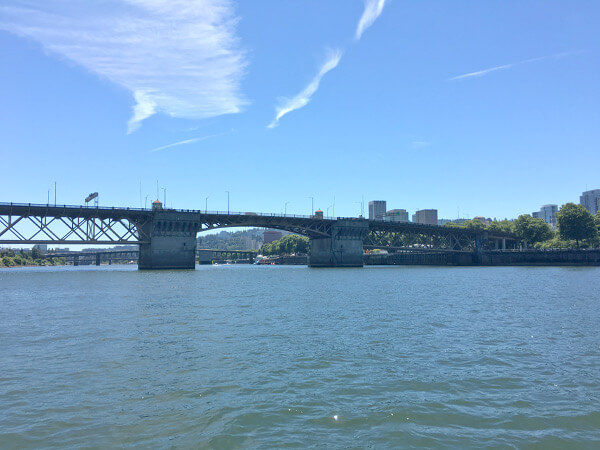 Three new properties were added to the Request class. The new bounded_stream property can be used in place of the stream property to mitigate the blocking behavior of input objects used by some WSGI servers. Also, a uri_template property was added to expose the template for the route corresponding to the path requested by the user agent.

In 1.1 we also added an accept_ranges property for setting the Accept-Ranges header:

In addition to the new properties mentioned above, a context property was implemented for the Response class to mirror the same property that is already available on the Request class. In addition, arbitrary custom attributes can now be attached to instances of both Request and Response as an alternative to adding values to the context property or implementing custom subclasses:

In other news, when working with query strings, you can now disable CSV-style parsing of query parameter values with the auto_parse_qs_csv request option. JSON-encoded query parameter values can now be retrieved and decoded in a single step via req.get_param_as_dict(). Also, req.get_param_as_bool() now recognizes “on” and “off” in support of IE’s default checkbox values.

In Falcon 1.1 we added two new error classes, falcon.HTTPUriTooLong and falcon.HTTPGone. All parameters are now optional for most error classes. When no title is specified for an error, it will default to the HTTP status text (e.g., “409 Conflict”).

Regardless of whether you use unittest or pytest, when simulating a request using Falcon’s testing framework, query string parameters can now be specified as a dict, as an alternative to passing a raw query string.

Falcon’s middleware processing logic was revamped to improve performance and to fix a couple of edge cases.

In addition, a req_succeeded flag is now passed to the process_request() middleware method to signal whether or not an exception was raised while processing the request:

A new CLI utility, falcon-print-routes, was added that takes in a module:callable, introspects the routes, and prints the results to stdout. This utility is automatically installed along with the framework:

Finally, falcon.get_http_status() was implemented to provide a way for apps to look up a full HTTP status line, given just a status code.

Thanks again to all of our awesome contributors who have made these releases possible!