Lately I’ve been thinking about how it’s no coincidence that cloud computing and post-PC devices became popular at the same time. When Steve Jobs introduced Apple’s iPhone and it’s accompanying App Store, he kicked off a revolution in the way software was built and delivered. Jobs succeeded where others had failed by simply focusing on the user experience and letting the rest take care of itself.

The iPhone was only the beginning. Apple later introduced the iPad, and Google teamed up with cell phone manufacturers to deliver this new way of computing to the masses. In the past few years, we’ve also seen the wild success of Internet entertainment devices such as the Roku, fueled in large part by Netflix and Pandora. You can hardly find a game console, Blu-ray player or TV for sale that doesn’t use the Internet in some way. Combined, all these trends are pushing the concept of post-PC devices into ubiquity. 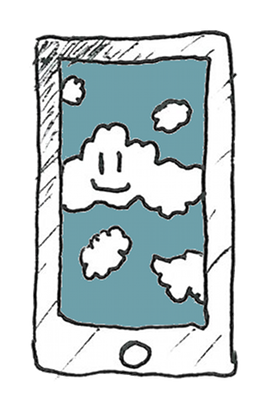 With millions of these devices sold and used every day around the world, it’s no wonder cloud computing has become such a hot topic. Post-PC devices crave content; they are portals to the world’s information, the world’s people, and the world’s markets. The cloud connects all of these things together and makes them accessible to anyone with an Internet connection.

But why didn’t all this happen years ago when tech heavyweights— Oracle, Sun, Novell and IBM, among others—were pushing thin client solutions? After all, aren’t post-PC devices just thin clients?

First, thin client solutions were designed with the IT department in mind, not the poor schmucks who would actually have to use the things for hours on end, day after day. The goal was to make the system administrator’s job easier while at the same time growing the market for Big Iron. This naturally led to clients that were too thin, too constrained, and too utilitarian. If you contrast thin clients with the iPhone and iPad, the Galaxy Note, even the MacBook Air, you start to understand the power of good design and capable hardware, working in tandem.

Second, thin-clients failed to create a revolution in computing because they were not mobile, and were sandboxed within corporate networks. The infrastructure simply wasn’t there. The Internet was immature, and cell phone networks barely had enough bandwidth for transmitting voices, let alone data. You simply can’t deliver a good experience over 56k.

Third, applications were too hard to use, too hard to write, and too expensive to buy. Thin clients didn’t solve any of these problems; the only thing they did was make IT Bob’s life a little easier than before; with thin clients, he didn’t have to go around manually installing and updating software on everyone’s machines. Contrast that situation with the democratized development and distribution of modern software.

Free, extremely productive development tools and online documentation make it easy for anyone to get started writing apps. App stores take the pain out of deploying, updating, and charging for software. Backend services are hosted on pay-as-you-go clouds (which often have free tiers), so that even cash-strapped college kids can create apps with a compelling online experience. These apps are generally more specialized than their dinosaur ancestors, making modern software both easier to use, and less expensive.

The cloud is a vital part of the post-PC world. Cloud computing is essential not only for democratizing software development, but also for freeing the world’s information. Let’s have more of that.

⇦ uWSGI vs. Gunicorn, or How to Make Python Go Faster than Node   |   An Unladen Web Framework ⇨