Allow me to share with you a personal experience.

It’s early summer, 1996. I am 16 years old, discovering muscles I never thought existed, holding a heavy baritone bugle in front of my body for interminable lengths of time. Every day, all day, I spend practicing with my corps, refining our field show for this year’s season. My fellow drum corps friends surround me as we perform our drills, practice our steps, and perfect our music under a hot blue sky.

During breaks we gossip about our corps, and about the competition. We talk about how everyone’s shows are shaping up, speculating on who will rock the DCI finals at the end of the summer. As the season progresses, two junior drum and bugle corps begin to stand out.

Everyone is talking about the Blue Devils and the Phantom Regiment.

The Blue Devils are based in Concord, CA. To date, they have won more championships than any other DCI corps. The Blue Devils' center snare is nicknamed “Jesus” because he never makes a mistake! They have a massive, tiered organization. Many of their musicians move out to California in late spring to practice and take private lessons in advance of the regular season.

The Phantom Regiment hails from Rockford, Illinois. They have yet to win a single DCI championship. And things are not looking promising this year, either. In fact, the Phantom Regiment has not been placing particularly well in the early-season competitions. The critics deride the Regiment’s “boring” show, which eschews the flashy Broadway-esque style favored by many DCI corps over the past few seasons. 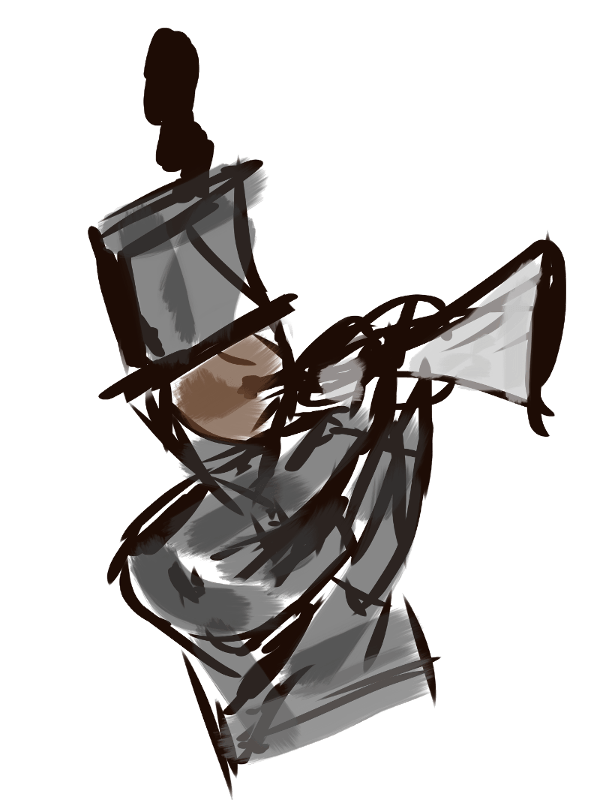 But lately, we start to hear how the Phantom Regiment is placing higher and higher in competitions across the country, even taking first in some cases.

Now, when people talk about the Phantom Regiment, they use words like “exciting”, “powerful” and “precise”. The corps is building a fervent fan base with a back-to-basics show that is—somehow—incredibly refreshing.

Finally, at the end of the summer, when the Blue Devils and the Phantom Regiment meet in Florida for the DCI 1996 World Championships, they finish their individual shows to thunderous applause. It is clear to all of us that we have just seen something extraordinary.

At the end of the competition, all of the finalists take the field to await the judge’s decision. Starting with 12th place, as each corps' score is announced, the tension slowly builds… we are now waiting to hear who will be this year’s DCI World Champion…

In fourth place with a final score of 93.8…the Cavaliers!

In third place with a score of 96.9…the Cadets of Bergen County!

Then, a pause… There are only two corps left. The crowd begins to buzz with speculation. Who will take second? Who has won the championship? And then the announcement comes…

“Ladies and gentlemen, with a score of 97.4, for the first time in DCI history, we have a tie between the Blue Devils and the Phantom Regiment!”

In 1996 the Phantom Regiment won against all odds. You can too: